The second tool used during the deconstruction phase of ITO was a “mobility-diary” (booklet) as a cultural probe. Booklets and probes are design-oriented user research toolkits that are based on self-documentation (Stappers, van der Lugt, Hekkert, & Sleeswijk Visser, 2008). They do not aim primarily at documenting but purposefully invite or provoke users to reflect on and verbalize their experiences, feelings and attitudes, and to visualize their actions and contexts. They address the challenge of studying users in their own setting, which are mainly personal. Proves provide useful information on users’ needs and context.

Criteria to select the participants

At least twenty European people, who use intermodal passenger transport, in particular public buses in Europe. They can express themselves in English. The group was formed of male and female participants. The main importance is that they use public transport system. 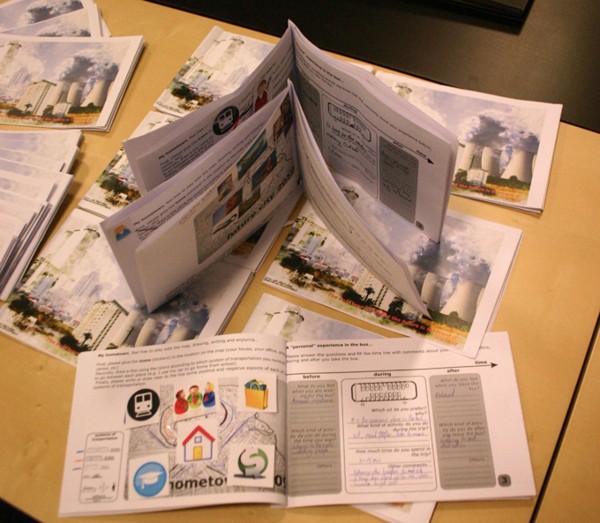 Firstly a set of goals and criteria were established on a draft of the booklet, considering two different moments, the current situation 2009 and the future scenario 2030 in order to analyze five topics: i.p.t., current context, product interaction, future scenario and future product.

The basic structure of the final booklet is:

Front and back cover with inspirational images, project motto, credits of the project partners and instructions explaining how to fill the booklet.

General information about the participant in a format for: gender, age, occupation, and nationality; and an illustration as a portrait to be modified by the participant.

Current context and transportation was showed thanks to a map (my hometown 2009) that was the background of a collage created using stickers of several icons of places, e.g. house, school, train station, etc.

The current situation of the i.p.t. was studied in a timeline divided in three moments of the experience in a public bus: before, during and after the journey. Several questions were answered in order to gather quantitative information about their experience using these public vehicles. 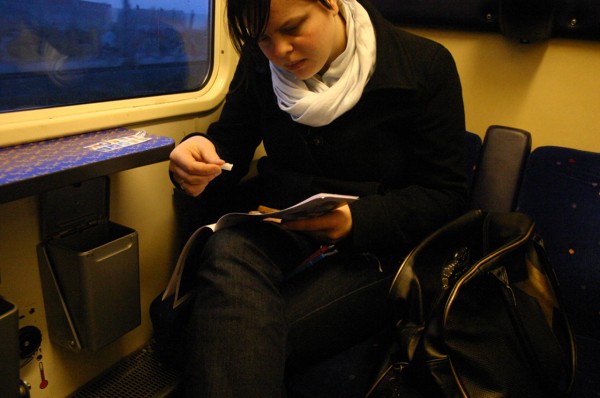 Then was possible design the tool considering participants, their time and the conditions to fill it and the goals and methodology of the test. The author did one pilot booklet to test its informational output; afterwards some small changes were made, mainly in the section about product interaction. The booklets were then distributed among the target group within the author personal social network, a random sample; and on the train Delft–Eindhoven during rush hour.

Train (10 booklets): In the train Delft–Eindhoven around 7:00 hrs (rush hour) random people were asked if they just got out from work and had about 20-30 min to fill in our booklet. This insured them being in our target group and diversified our results. 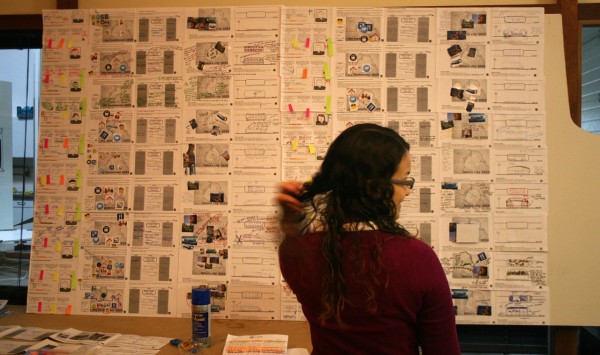 Thank you for sharing excellent informations. Your web site is so cool. I am impressed by the details that youˇve on this web site. It reveals how nicely you perceive this subject. Bookmarked this website page, will come back for extra articles. You, my pal, ROCK! I found simply the info I already searched everywhere and simply could not come across. What an ideal web site.