Case Study 05: Industrial design as a tool to improve the learning strategies in the public schools in Bogota Colombia.

The SED (Secretaria de Educación del Distrito) is part of the Bogota City Hall acting as an autonomous organization that aims to guide and lead the development of politics, plans and programs in order to ensure the access to the knowledge and guarantee an integral education for its citizens. As part of the City Master Plan at the beginning of 1999 the SED built a set of 15 public schools.

The SED developed those 15 projects with different architect and engineering agencies which were detailing the buildings when the designer Franky was called to present a proposal in order to design the furniture for those schools. At the same time a group of teachers and experts in pedagogy have considered the new range of learning strategies.

The proposal had answered the new learning strategies guaranteeing the access, quality and equality of the educational system in different ways and levels at the Colombian capital city. 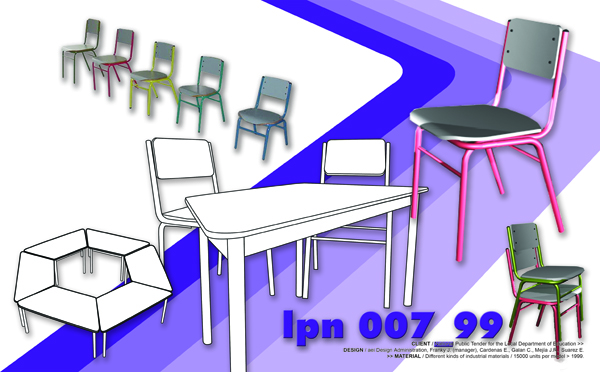 Franky called and leaded a multidisciplinary team -formed by engineers, designers and ergonomists- through this complex and massive project (because of its size and impact). The project was divided in three phases; the first one was the deconstruction of the current furniture concluding that the SED must design a new system of furniture in order to answer the demands of the users and stakeholders. 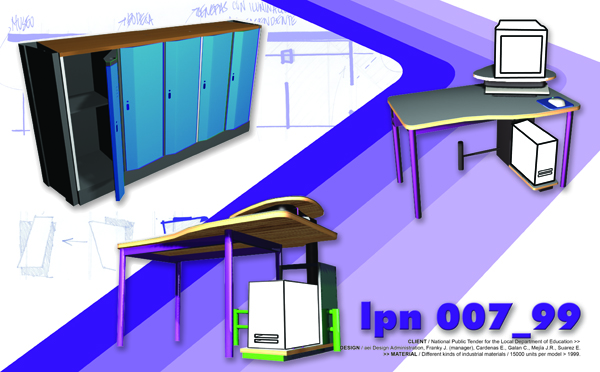 The second phase included the conceptualization, design, development, control of production and installation of the new furniture system consists of: 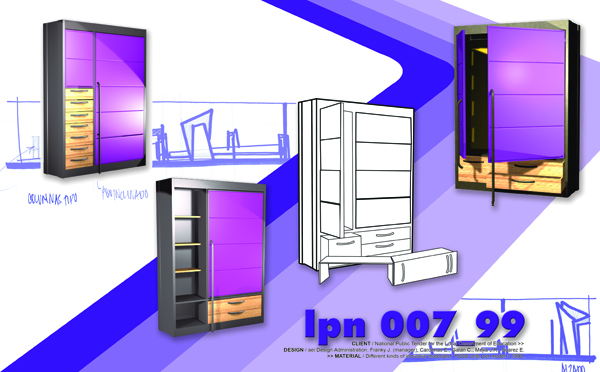 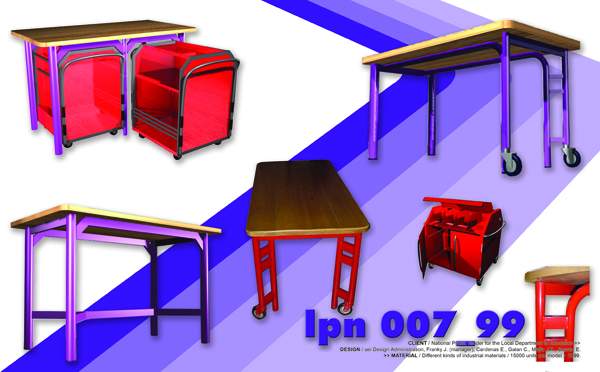